VIDEOS FOR BOARD GAMES

What we CAN DO TOGETHER

THE ROAD
TO MASS
MARKET

The real hype. The board game like a movie.

The start of a Kickstarter campaign, a message from a bigger storytelling project.

The environment through the elements of the game to tell a unique and unforgettable story.

All elements together for a full immersive campaign, to bring your board game to Mass Market. 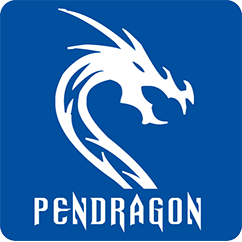 BOOGEYMAN
The Board Game Director, Creative Director and Freelance Author, he carries out professional activities at his studio in Milan, working directly with companies and professionals for the realization of Audiovisual and Multimedia products, Format Video for Web and TV as Creative Director and in Production and Post-Production process.
He began his experience in the audiovisual field in 1986 working in 8mm film.
He followed a mixed training with Bruno Bozzetto and Osvaldo Cavandoli on the technique of animation in stop-motion, while he attended commercials and music videos as assistant director. Over the years he began to use different shooting and editing techniques until the most modern digital technologies that he uses today. In the ’90s he works in Mediaset as Musical Consultant following transmissions like Striscia la notizia, La Stangata, Generazione X with Ambra Angiolini, Sanremo and Re per una notte with Gigi Sabani.
In Mediaset he was also involved in audio editing, video sound and directing assistance. He has produced and made independent short films as Director, Screenwriter and Editor.
Eucalyptus, Short film directed in 2006, was selected at the International Festival of Montecatini “FilmVideo 2006” and at the Fedic SardiniaFilmFestival.
He has collaborated in the Post-Production of Documentaries for Discovery Channel; he has made institutional videos for big companies such as INTEL® and Apple®, shot commercials for Rizzoli and Edizioni Master as Director. He has published for IDG Edizioni the book “Essere Videomaker” which deals with the issues of technical/creative path in the field of video production, while he has carried out teaching activities on video-making. He has realized Music Videoclips, Commercials and Videos in general for the company INTERLUDIO S.r.l as Author, Creative Director and Director while he follows, as Audio Engineer and Arranger, all music productions. He carries out consulting activities for the creation of original Video Formats for the Web.
He collaborated with the journalist Luigi Mascheroni for the creation of the format of “Videorecensioni di Libri”, with which he created a thematic Youtube channel, dedicated to the culture of books. He realizes as Director and Post-Production Director promotional videos for MediaWorld® (Mediamarket), while he regularly collaborates with different companies as artistic Director, Director and Author.
He has a continuous collaboration with the  Orange Group company of Milan for content creation and to offer complete services for communication and web-marketing.
He created a youtube channel Storyboardgame on april 2020, where he likes  to tells about board games using an original and innovative narrative format.

“Fulvio has an unique way to tell about games. His videos truly exalt the narrative heart behind each game”

“It perfectly show-not-tells the emotions that games can trigger, in a visually and sensorially surprising way”

As a board game player he knows what he’s talking about!

The emotion of a narrative environment it’s unique as your game is!